Jutta Kleinschmidt is the most successful woman in marathon rallying worldwide. She is the first and only woman to date to have won the world's toughest and longest rally, the Dakar Rally.

Since 2019:
President of the Cross Country Rally Commission at the FIA
Team leader in the FIA Smart Driving Challenge

Since 2018:
Senior advisor for cross country rally at the FIA

Since 2016:
Member of the ADAC Foundation Board of Trustees

1987 to 1992 engineer in the vehicle development department of BMW.
Active as a professional racer since 1993.
Lecturer and instructor in various projects of well-known automobile manufacturers as well as self-initiated programs.

Studies:
1982 to 1986 studies of general physics at Isny University of Applied Sciences.
Diploma thesis made at BMW.
Graduated as an engineer in physics (FH).

Growing up in Berchtesgaden, my youth was dedicated to winter sports. When I was 18 I bought my first motorcycle to go on adventure trips. Big challenges combined with the latest technology and competition are my passion.

After studying physics and six years of experience as a development engineer at BMW, I gave up my job to devote myself entirely to motorsport. After four Dakar rallies on a motorcycle, she switched to four wheels in 1995. My knowledge as an engineer was very much in demand in my teams. So I was e.g. involved in the development of the most successful Dakar rally car at the time, the Mitsubishi Pajero Evo. After winning the Dakar in 2001, I switched to Volkwagen Motorsport to build a new rally car, the Race Touareg, and a new team.

Extremes are my passion. So I participated in the Race Across America cycling marathon in 2004. Together with Joey Kelly, we covered 5,000 kilometers across America in just eight and a half days on a bike. I have had a license as a helicopter pilot since 2004 and have already flown to Africa with my own helicopter.

After 17 Dakar participations with six places in the top 5 in the overall ranking, I am now passing on my experience in lectures for well-known companies. In addition, I wrote the book "My victory at the Dakar".

In addition, I have been President of the Cross Country Rally Commission since January 2019. My tasks include developing a strategic vision for the development of cross-country rallies.

I took part in the extreme sports event for several years. The biting cold down to minus 40 ° C in the snow and ice covered Yukon (Canada) became the ultimate endurance test for the participants and the material.

Extremes are my passion. So I participated in the Race Across America cycling marathon in 2004. Together with Joey Kelly, we covered 5,000 kilometers across America in just eight and a half days, alternating 24 hours a day, by bike.

Over the course of twelve days, we covered a total distance of 1,535.4 kilometers. But it wasn't just this length of route that deserves mention. We chose an Alpine route that contains as many pass crossings as possible. Sometimes we even drove on the routes that the Tour de France participants covered between July 5th and July 27th, 2003, just days ahead of us. The competitive atmosphere was still palpable, partly due to the slogans of the fans painted on the floor.

In autumn 2000 we initiated the "Desert Academy". Everything you ever wanted to know about life and survival in the desert could be learned on this course. Each course lasts one week. The most important requirements for participation are fun in teamwork, a preference for the desert and a little physical fitness. 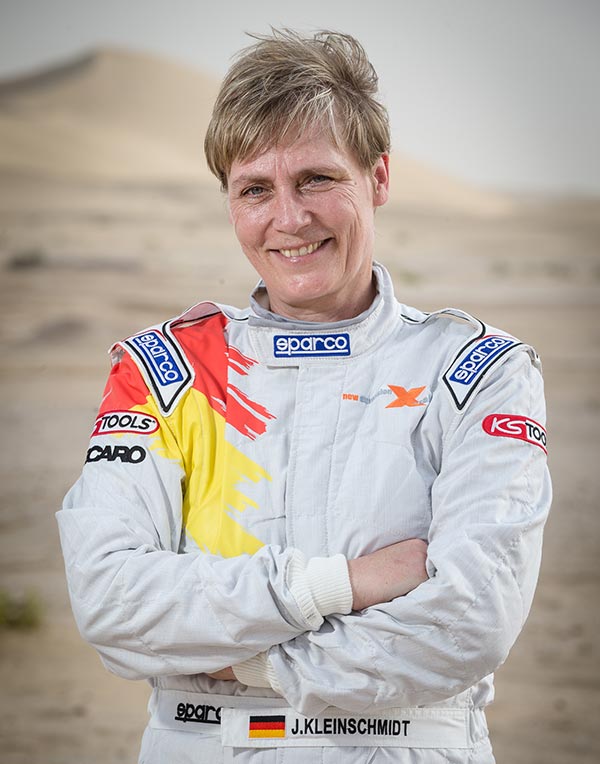 Participation with a 2 wheel drive X-raid Buggy at the